Boy do we have a special treat for the Bassweight family today!  It is our pleasure and, most importantly, our honor to get words from the man himself, Compa.  Since his first commercial appearance on GetDarker TV, March of this year, with Joe Nice and Watson, Compa has been blowing people away with his perpetually dark and heavy interpretations of the 140 arena.  Already gaining residency at the ‘Just Skank‘ nights in Manchester, he has played next to a countless number of Dubstep icons.  Compa’s unrivaled rise in the ranks stands tall and is backed with a nearly infinite arsenal of dubplates.  This is a man who truly embodies the vinyl culture, sacrificing his appetite, by funding the custom pressing of his acetate.  The time and dedication that this man puts into his productions, DJing, and appearances is truly inspiring.  On top of his already MASSIVE plate, Compa makes time to host his radio sessions, every Wednesday 2-4pm, on Sub.fm.  So make sure you tune in to hear the freshest of ‘dubplates’ from many prolific artists as well as newcomers.  Within his debut year Will has already managed to throw two huge releases under his belt with ‘Dreams/Them Dogs’ (Inna Riddim Records) and ‘Aftermath/Darker Observations'(Futureworks Music).  Listening to Compa’s music will take your mind through a history lesson on Dubstep as his sounds can be categorized with those of Mala, Loefah, and even early Skream.  The greatest thing about his sounds is that they are as fresh and new as they are classic and timeless.  Rather than just imitate the sounds of Dubsteps foundation, Compa has been able to build upon those foundations with the innovative and unique attributes in his music.  There is definitely no slowing down for this newcomer and only time will tell the amazing things that this english prodigy will have. Find out more about Compa and what he has in store for the future as we have a chat:
…
BWS:  For those who don’t know, can you give us a quick rundown on yourself.

BWS:  What in your life led you to DJing and producing?  Have you always been around music, or did it just hit you one day?

BWS:   Being an upcoming producer/dj establishing himself in the uk scene with some of the major heavyweights, yet at the moment being relatively unknown in the US, what are your hopes over the next year as far as spreading your music in the US and possibly gigging over here?

BWS:   Who are a few artists that you most look up to in the scene and why?

BWS:  Being a resident at the ‘Just Skank’ nights places you on stage with some of the most prolific and respected artists in the Dubstep scene (Mala & Coki, Cyrus, Pinch, Vivek, Goth-Trad, Cluekid and Kromestar just to name a few).  Did you ever imagine that you would be in the position you are today?

BWS:  Given that you’re one of the last DJ’s to spin only vinyl, or acetate more accurately, do you take this same analog approach to your productions?  Do you use hardware synths and sequencers, or do you handle your writing within the computer? 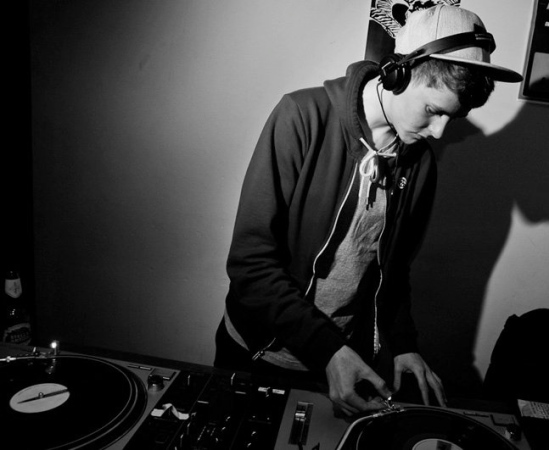 BWS:  What are three vinyl’s that came out in the last 12 months that are needed in any person’s collection? No right or wrong answer here mate, just a matter of preference.

BWS:  Radio is a great way to reach a large audience, it gives you a chance to play your new dubs as well as play out the artists you support. How has having your own radio show benefitted you and enabled you to network your way into the scene?

BWS:  You recently played on the world-famous Rinse Fm down in London, The radio responsible for breaking Wiley’s career, as well as helping Skream, Benga, Youngsta and Hatcha become famous, and the same station that holds shows by Distance, Plastician, Oneman and Youngsta, How did it feel to visit the studio and how has the appearance benefitted you?

BWS:  What’s are your favourite tracks at the moment in dubstep and outside of dubstep?

BWS:   Gotta say, Dem A Talk is an absolute gem. Great to hear that reggae chant throughout the tune accompanied by low-end pressure. Has reggae played an influential roll in your musical development?  If so, what artists are big inspirations to you and can we expect to hear more reggae influenced riddims in the future?

BWS:  What should people be on the look out for, as far as upcoming releases for the remainder of 2011 and early 2012?

BWS:   Where can people hear more of your music?

.
.
Thanks for the feature.  Much Respect.
-Compa
.
.
Well a BIG UP to Compa for taking the time to answer our questions!  Below you will find links to Compa’s Soundcloud, Twitter, Facebook, and Personal website.  Please support by visiting his pages and listening to his music!  Make sure you keep your eyes open for those releases due out early 2012.  To really end things with a bang, we have an EXCLUSIVE mix from Compa done primarily with ‘dubs’ and entirely on acetate!!!  An absolutely MASSIVE shout to Compa for taking the time to put together this  true badman rinse out.  Sit back with the subs ready to FLEX.
.
http://www.soundcloud.com/compauk
http://www.twitter.com/compauk
https://www.facebook.com/compawax
http://www.compauk.wordpress.com
.
.
Compa – Exclusive Bassweight Society Mix/30 November 2011
.
Tracklist:
1. Mala – Return II Space (Deep Medi Musik)
2. Compa – Dem A Talk (Dub)
3. Biome – Untitled (Dub)
4. Compa – Sentence (Forthcoming Boka)
5. Compa – Signals (Dub)
6. Compa – Before U (Dub)
7. Coki – Gobin (Ringo)
8. Subreachers – Tidals Vip (Dub)
9. Biome – Untitled
10. J:Kenzo – Ruffhouse (Forthcoming Tempa)
.
.
Enjoy!
.
-Bassweight Society (Kinman)
.
Advertisement