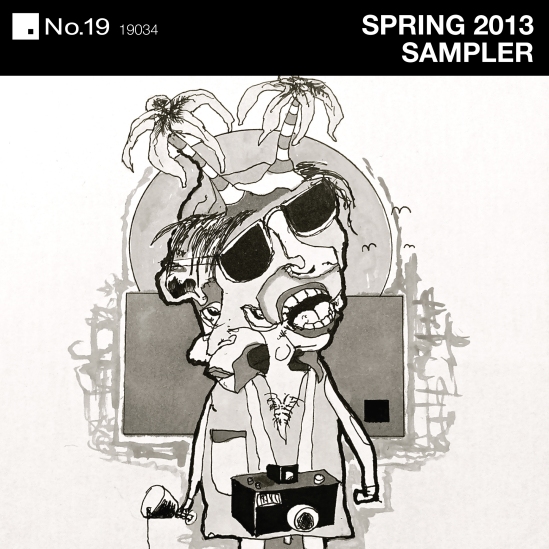 “The package kicks off with Tone of Arcs Comes only Once, a superb electronic vocal workout that will be certain towhet the appetite for his forthcoming artist album, this is quickly followed by BLUD who delivers his Beatapella mixof Jonny White & Kenny Glasgows excellent The Creep. Offerings from Clayton Steele, in the shape of Multiple Feeling and Louie Fresco with his White Sugar (dub) show two differing but equally impressive sides to the labels output whilst Toronto 3 piece My Favorite Robot give a taster of whats to come on their upcoming No.19 Music artist LP. Teeloos Xrays is a wonderfully off kilter and original piece of electronica and Sync Mode, the production outfit of Nitin, Butter the Butcher, Jeremy Glenn and Todd Simmons, offer up a slice of soulful excellence on Room with a View before Cameo Culture drop some Balaeric brilliance with Losing Game. Jakkin Rabbit show what all the fuss is about with a standout slice of deep house before the package is closed with Jonathan Lees dark edged and hypnotic Mission Control. Miamis Winter Music Conference comes but once a year but it is always worth the wait, and with labels like No.19 Music offering up original songs on a sampler like this, it truly make it a celebration of all that’s good in electronic music, enjoy!” 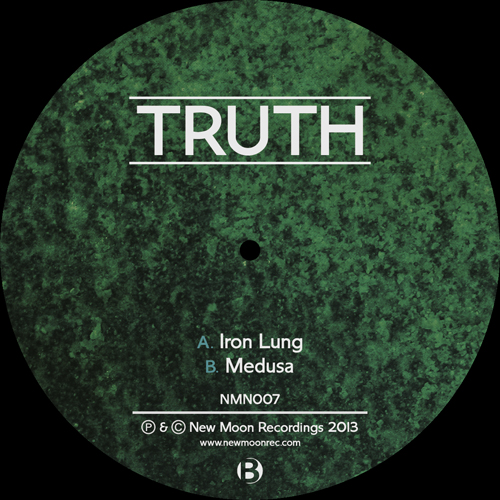 EZ fam’, hope you’ve all been well since the last time I checked in here!  I’ve got a rather large release to highlight today, coming from the New Moon Recordings imprint based out of Poland.  The label has been putting out phenomenal music since it’s inception towards the latter part of 2010; signing artists like Killawatt & Thelem, Biome, Perverse, and Phaeleh.  Their seventh release is in the form of a 12″ single from the globally acclaimed duo – Truth.  I’ve said it before and I’ll say it again, these two have perfectly embodied, in my mind, how to go about taking an underground sound and creating a seismic commotion within the mainstream market.  With recent endeavors ranging from launching a new label – Defy Recordings, covering two part of the globe at any given time, launching a club monthly here in the Golden State (Deep, Dark, & Dangerous in San Francisco, CA), and putting out a steady string of releases, it is truly inspiring to see what the team’s evolution has accomplished thus far.

Truth’s first release for 2013 finds itself lurking among the outermost fringes of sanity, plunging through sadistic atmospheres that find themselves engulfed with spacious drum grooves and tectonic sub-pressure.  ‘Iron Lung’ sees the duo incorporate their notorious affinity to vocal progressions into a seemingly void realm of swinging half-step percussion and sinister horns.  ‘Medusa’ pulls out a much more desolate aesthetic than the former, with drawn out pads, pulverant bass lines, and elusive atmospheric scores that have a dissociative effect on the mind.  The power of the sub built for this beat is genuinely one of the most momentous I’ve heard, I can only imagine the feeling running through my flesh when standing in front of a top-notch club system.  This track is a perpetual state of falling, through a dissonant abyss of sound design.

The release is set to drop Monday, March 25th, and will be available at all major record retailers, both physical and digital.  Links below.

I’ll catch you next time, hope you enjoy the sounds! 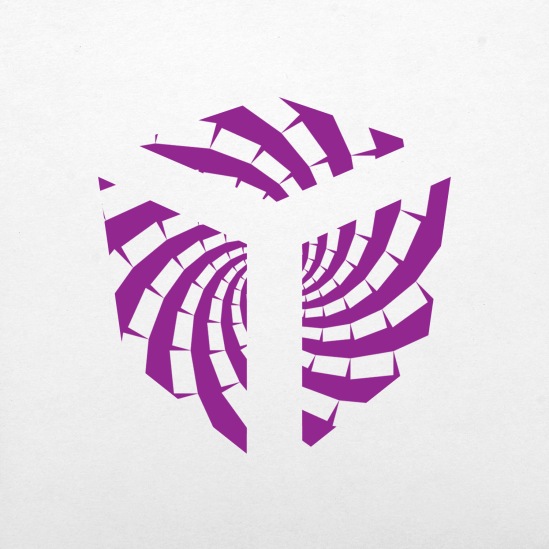 Got a short, but much more than sweet feature for you today.  I wanted to highlight the most recent release from the elusive Finnish badman – LAS (Love And Sound).  Ever since I stumbled across his music, when his tune ‘Power Surge’ was featured on Black Box 018 in October of 2011, I’ve had a very strong affinity for the his sound – and that record still finds itself in my sets more often than not!  An exceptional producer that cannot be pigeonholed to any stylistic output, and displays cunning musical abilites, grafting the worlds of analog and digital.

This release follows suit of transcending preconceived notions, bringing together raw hip-hop (esque) drum patterning and powerfully modern sub-movement.  My favorite off this single is ‘Zaikadelic’ due to its overall unique sound, giving off an analog jungle-influenced vibe.  The flip ‘Preaching’ falls into the more standard halfstep format, employing a daunting pad that swirls out of the mix intermittently, amidst a clean bongo loop and a sub-bass that will only be heard with proper frequency response in your sound.  The digital bonus track – ‘Zone Of Bones’ – puts out a gritty LFO sub, with reverbed and delayed droplets that bounce around as atmospheres are interchanging, with subtlety as their ‘modus operandi’.

The release is out in stores now, so make sure to pick it up before it’s gone (if you’re a vinyl head)!  I’ve included a couple links to both vinyl and digital purchases.

Stay connected with label and the man himself – links below!

Keep your thoughts >>>, I’ll catch you next time fam’. 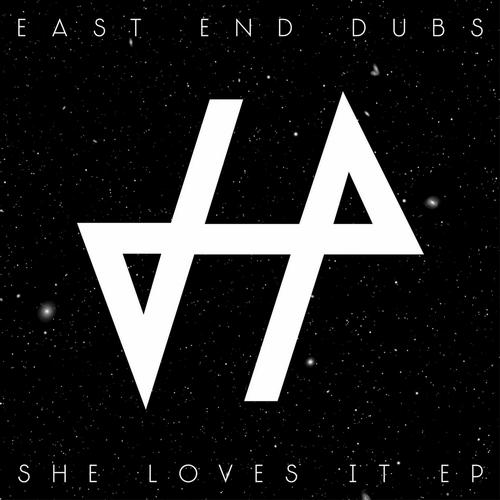 If you’re not aware of the man behind the alias and label – East End Dubs – you’re in for quite the treat.  I’d be telling a fib if I told you I’ve been following the man for very long, I only stumbled across his music a couple months back.  But, after delving into his discography, I’ve discovered that this man has been producing some of the (in my opinion) freshest, cleanest, and most dance-friendly deep house my ears have come across.  Seemingly a man of mystery, he’s received much of his acclaim from the label he runs – self-titled ‘East End Dubs’ – that has put out a number of white label, limited edition, color 12″ records alongside digital copies.  The series, as of now, has reached it’s 6th installment and is sure to steadily march forth.  He has also started a vinyl-only release series with the 001 set to drop sometime in early April and I highly recommend the vinyl heads to stay on top of this one – it contains 4 masterfully constructed tracks that will suit any warehouse vibe.  Check the pre-order link —–> PRE-ORDER

The release I want to highlight today dropped yesterday on Act Natural Records, and features 4 original compositions from the Londoner:

‘She Loves It’ kicks off the EP with deep, sub-driven grooves accompanied by stuttered kicks, and dauntingly sexy vocal chops woven throughout the mix.  My personal favorite off the EP.  ‘Stranger’ follows suit as far as the depth factor, with generous amounts of reverb applied to stabs and various other synth sounds – creating a very dubbed-out aesthetic for the track.  ‘Make Some’ is all about the drums!  Thundering kick hits, crisp hats, and various other percussive elements are sewn together leaving ample space for the subtle pad present itself, rising and falling from the mix.  To finish out the EP, ‘Charlie Foxtrot’ brings us back to the warehouse with our eyes down and feet moving.  Applying his signature mastery of clean drum hits, he adds punching synth stabs, distant vocal chops, and eerily pleasing atmospherics that give a perfect finishing touch to this beat.

As of now, the release is a Beatport exclusive so I’ve included the buy link below:

That’s all I got for today, fam’.  Until next time… 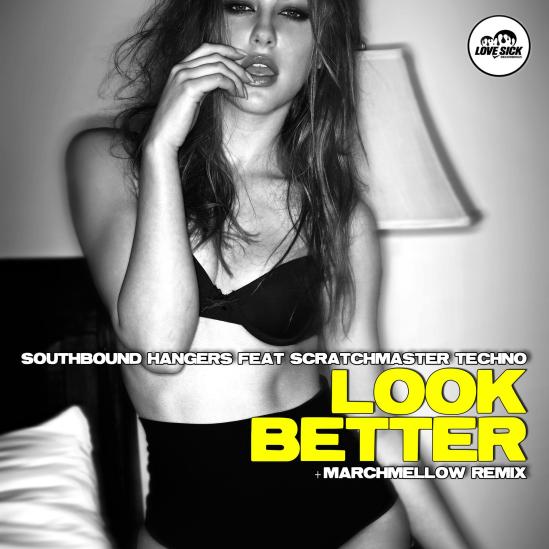 The third installment of the Love Sick Records catalog dropped today, featuring Southbound Hangers ft. Scratchmaster Techno and a remix from Marchmellow.  The original is the real gem off this release – it’s an absolute dance-smasher!  No surprise to me that it has received widespread support in the DJ sets of Skream & Benga, Dismantle, and even Funtcase and Walsh.

The notorious vocals of Scratchmaster Techno on ‘Look Better’ flow flawlessly over the bouncing beat structure as it flaunts influence from the early 90’s era of house music (clearly a favorite of the Love Sick crew!).  The kick drums on this beat will send anybody’s person into an unavoidable state of controlled movement, beautifully constructed and EQ’d.  There are some very subtle atmospheres that provide the beat with a quite an analog aesthetic, it’s really refreshing!

Marchmellow slows the tempo down with his take, adding a very dance-able set of chords progressing in a sea of reverb.  Again, this track takes on a heavy influence of early house music with the big room kick drums and chopped up, dubbed-out vocals.  Another refreshing track that embodies the Love Sick ethos of “music that’s at home in the club or the bedroom.”  Hold tight for the second drop!

You can pick up the release from all major retailers, I’ve provided a couple links below:

Don’t forget to subscribe to the Love Sick crew pages if you haven’t already!

That’s the word for today!  I hope you’re all feeling the sounds.  Send any complaints to your mom.