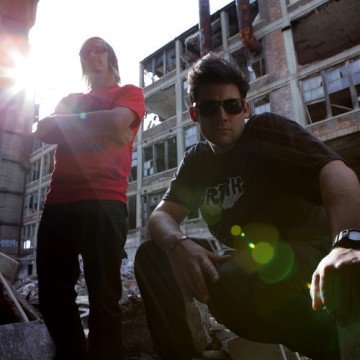 What’s good everybody!  As I’m sure you made out from the title, we are highlighting the New Zealand Dubstep superstars, Truth.  This talented duo has been making big tune after big tune.  We will never forget the first time we heard a Truth song.  It was the remix of Optimus Gryme – Immortal, back in 2009, and we immediately knew these guys were going to be doing big things.  With releases like ‘The Fatman’, ‘Soundsystem’, and ‘Full Baked’, it is no surprise that they have become one of the most respected artists in the bass music scene.  Heavily influenced by Loefah and Mala, Truth’s music is filled with spacey, low-end pressure displaying a very unique “darkness” to it.  Releasing tracks like ‘Feel’ with Silkie, ‘Dreams Can Never Come True” , and ‘Birds’ ft. Dutty Ranks Truth’s ability to produce innovative sounds whilst paying homage to the foundations of Dubstep music is exhibited.  Their debut album, ‘Puppets’, being nominated for best Dubstep album of 2011 in the Dubstepforum awards showcases the forward thinking direction these guys are headed in.  Truth’s two latest releases, ‘Full Baked’/’Birds ft. Dutty Ranks’ (BLACKBOX019) & ‘Snake’/’Direct Blow’ (GDKR003) are unbelievable and I would highly recommend purchasing them before they sell out the 12″ ‘ s.  Below are a couple links you can purchase their music and also their Soundcloud, in case you haven’t heard the weight that Truth brings.

Truth has been on a US tour recently and are making a couple stops in Southern California!  Bassweight Society has brought Truth to Santa Barbara, CA on November 17, 2011.  Those of you that are close to this area, you won’t want to miss this event.  NO COVER CHARGE TO SEE TRUTH!!  That’s right, you read that correctly, NO COVER.  Check below for more information!  All those Bassweight Society family members that live close by, make sure you don’t miss out on this, we got 10,000 watts of subwoofer coming out to this gig 🙂 .

That’s all people.  Go out and buy Truth’s music and make sure you get yourself to Santa Barbara on the 17th of November.