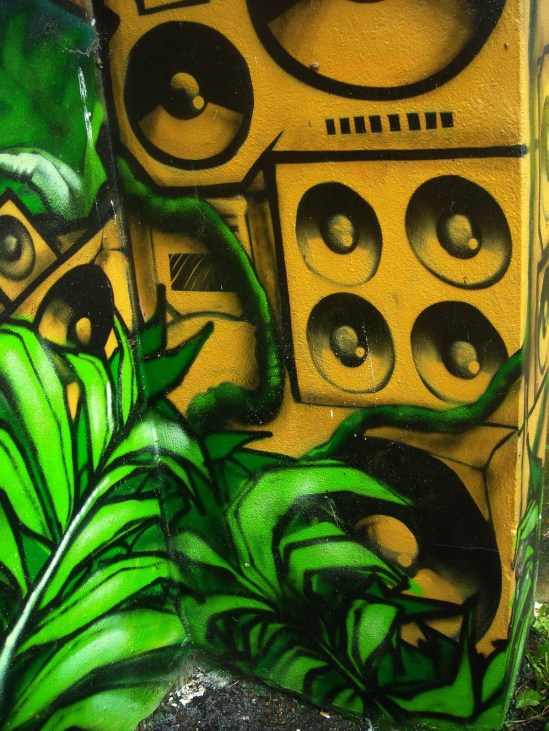 Easy all the heads. Halfway through the week, and I’m loving it! This weekend is going to be quite an epic one. Tomorrow night we have myself (Kinman) throwing down an all-vinyl set in Santa Barbara in support of Broken Note’s performance. If you’re going to be in town come check out the show! It’s free and Broken Note throws down really dope live shows with some truly powerful sound waves. It’s going to be at Eos Lounge on Anacapa, come kick it with the fam! Then, Saturday night we have Beyond Wonderland with the Hospital Records crew coming through in full-effect, Andy C the 3-deck master, Mistajam, Ed Rush & Optical, and Magnetic Man. Honestly haven’t been this excited for a show in a LONG time. It’s already a sold out show, those of you that got tickets, well played. If you don’t have tickets I would strongly suggest figuring out a way to get in because it’s going to be one for the record books.

In light of the rave this weekend, today’s music is a mixture of dubstep as well as drum and bass. Some top-notch music as always, so flip on the sub, light up the spliff, and get ready for today’s journey.

First tune that I want to highlight is an absolutely massive techno roller coming from the hands of Sleeper. The tune, titled ‘Oxygen’, would go hard in the airplane hangars that Saturdays event is held at. Pure minimalistic vibes and sub-pressure that can be felt miles away. Really can’t get enough of these percussive techno tunes that so many ‘dubstep’ artists are putting out lately. Quality material! Lend an ear below.

This next bit is another one from a man who has been so on top of his shit lately, Congi. Holding it down for the Macabre Unit crew HARD. The track we have from him today is titled ‘Cult’ and is forthcoming on Tribe12 Records. He utilizes a really clever and meaningful vocal sample that should resonate extremely well to the heads with strong ties to a proper soundsystem. The spliff directive mentioned above was primarily for this one 😉

Pressa just recently dropped a 140 jungle tune called ‘Be With Me’. This one is for all the foot work crew! Displaying that classic vibe fused with modern sound. There seems to be a pretty big divide in peoples opinions about this stuff. Personally, I think it’s dope but I also understand the complaints of long-time junglists who feel it’s lost its authenticity. Each to his own, I guess. Anyways…..

Pressa – Be With Me

This next tune picks the tempo up a bit. A new one from Data & Alvarez that is just a skanker! The track’s titled ‘Resist’ and you can still make out the chant, faintly under the vocal processing. Hope you’re somewhere you can move your feet, this 170 business will get you going.

The final track we’re going to leave you with is a remix Loadstar did for Noisia. It’s been out for a while so many of you have probably heard it but, it’s one of the few remixes of a Noisia tune that is even comparable to the next level business that they’re on. This track is an absolute anthem for the late nights with no sleep and and pure vibes.