The Chestplate family continues to maintain it’s position as integral in the dubstep scene.  With Distance’s two-part (Part 1/Part 2) ‘Outer Limits’ EP concluding mid-March, District takes the lead with 031 and puts forth three cerebral productions, each complimenting that signature Chestplate sound.  ‘Roy’s Theme’ is an immediate hook with the contemplative synthery (<— made up word) that guides your ears through a tip of the hat to Bladerunner, and what could easily serve as scoring for the 80’s sci-fi film.  A calm and gradual mood progression prevails through means of minimalist percussion and hypnotizing sub-bass notes, both resting beneath a sea of brooding pads that dish a pensive grasp on open ears.  ‘Aftermath’ follows suit with respect to the deep space vibe – sirens and ray/laser guns drenched with delay and reverb – while adding more percussive energy with the deployment of more pronounced hats and a far more acute and aggressive snare.  District’s masterful ability to warp and twist bass sounds from scratch makes subtle but potent appearances throughout the track.  ‘Tempest’ is my persy off the release.  The most powerful and energetic of the seemingly patterned progression observed in this release, District takes a neuro/techno approach with a clean and fluid bass construction that resembles early acid influences.  Again, the desolate and dissonant synth leads carve a soundscape that evoke vivid imagery of fictional battlefronts and despondent victories.

One last thing to mention that I know will brighten some of your days up – as it did mine when I heard the news.  Many of you were disheartened to hear that Chestplate was discontinuing the cutting of vinyl for their releases.  Rest easy, as I have solid word that this is no longer true and while being more selective, the release of Chestplate sound on our cherished (for some of us) medium will continue.  Be on the look for the CHST032 from Los Angeles based producer, Mesck, signaling the first signing of a US artist to Chestplate and Mesck’s first release that will see a vinyl.

I’ll catch you next time.  One love.

Big up fam’, thanks for checking in again!  We’re already two weeks into the new year and there has been a solid amount of music to hit the shelves: DJ Madd’s remix of  Candyman’s ‘Killa Sound’, Killawatt & Ipman’s ‘Warehouse Dub/Single Entity’, Boddika’s ‘Soul What VIP’, Booka Shade’s 3-track release on Blaufield, and Bungle’s ‘Aura/Astral Travel’, to name a few.  If you thought that 2012 was an amazing year for bass music you’re right but, 2013 is going to be that much better!

Today marks the drop of California native Kelly Dean’s ‘Firewall EP’ on Smog records.  Kelly Dean is one of many producers within the deep dubstep scene who have recently been cementing the U.S. onto the radar of bassweight enthusiasts across the globe.  Yes, we’ve always had heads like Matty G, Starkey, OSC, Babylon System, and Roommate (among others), but the numbers are growing and the ratio of top-notch UK:US producers finally seems to be evening out a bit.

It should come as no surprise that one of the one of the nation’s leading producers rolls deep with one of the nation’s strongest and longest-running dubstep nights/labels – Smog.  This release sees Kelly Dean take on his role in the SMOG fam’ as the deeper and darker proponent with his sweeping reese bass lines, eye-closing sub bass, eerie atmospherics, and generally minimalist philosophy on production.  The EP also bolsters remixes from Chestplate Records up-and-comer District, as well as a remix by Drumcell of the infamous Los Angeles underground crew: Droid Behavior.  It is without a doubt an EP that should not be slept on.  I was lucky enough to grab a few words with Kelly in regards to this release so take a read below while you preview his ‘Firewall’ EP:

BWS:  So how long has this EP been in the works for?

Its been over a year that’s for sure.  I actually played these tunes in an earlier form at the SMOG 5 year party.  They have transformed over the years and matured into what you hear today.  They actually feel like little kids to me at this point.  HAHA.

BWS:  What can the listeners expect to hear from this project?

This EP has a much more mature sound to it.  Take “Samurai” for instance.  The track’s vocal is actually me.  But I took the quote from Hagakure : Book of the Samurai which is a practical and spiritual guide for a warrior, drawn from a collection of commentaries by the Samurai Yamamoto Tsunetomo from 1709 to 1716.  So the historical context of this tune is pretty strong, and I believe the vibe of the song is consistent with that theme.

BWS:  Do you have a personal favorite off the release?

“Samurai” and “Firewall” are my favorites mainly because of the ongoing theme.  Its a lot of fun creating a song that has somewhat of a script, almost like your scoring a movie. Those tunes have little FX sprinkled in that hint at the track titles.

BWS:  Which beat did you have the hardest time completing?

Samurai was the hardest by far.  Its the longest of the lot and the structure is different then your average dubstep tune   .  It starts off dropping into almost a garage drum pattern.  Each 16 bars it changes slightly with the percussion slowly morphing into a standard dubstep beat.  The vocal was also quite a challenge.  This is the first time I have put my own vocals into a tune that has been released.

BWS:  Any shout outs to those that helped make this happen?

Everyone supporting me since I started making music has been a MASSIVE help!  Producing music is one of those things that even the littlest bit of motivation from your peers can generate a big response in your productivity and imagination, which really helps with the writing process.  Drew & Danny at SMOG are huge in that department and this EP would not have been possible without them.  Also huge shouts to District and Drumcell for banging out unreal remixes!  Its a honor to have them on board for this project.

There you have it people.

Here are the buy links so  choose your record store of choice and make sure to get this one onto your hard drive!

I’ll catch you guys next time, thanks for reading!  Make sure to support your local scene – buy music, go to shows, and tell your local promoters what the people want to hear.

Yo!  We baaaaack.  Hope everybody is well.  If you’re not, hopefully these tunes can brighten up your day :).  Don’t have time to write much today, I have some major schoolwork to handle. <BLAH.  Anyways, let’s get down to it!

First track for today is another one from the man who has been turning peoples heads HARD lately, Wayfarer.  We highlighted an absolutely MASSIVE tribal rhythm that he produced called ‘Fall Of The Zulu’ recently and the tune that we have for you today is another top-notch production.  This one is a bit of a different approach but, nonetheless, will set the vibes off in a real proper fashion.  I anticipate that this guy will be making some XXXXXL moves in the year to come so keep your ears locked for more of his sounds!

Next on the buttons is the Chestplate family member, District.  Coming hard with pounding kick drums and a reese bass that can summon the most evil of thoughts into your head.  I’m talking zombie rave status.  Or maybe an underground (I literally mean underneath the earth) club that has no light in it, just people head nodding in an untamed manner.  Yeah, I have weird thought, WHAT?!  Haha.  Anyways take a listen to this one and make sure you check underneath your bed after.

Content is the mastermind behind this next tune.  As with Wayfarer, I think this guy is going to be a top competitor for ‘Best New Producer’ this year in the DSF awards, no joke.  He’s putting out tune after tune in a Killawatt-ish fashion.  I know the Subculture crew has to be mad stoked to have him aboard the team.  The entire Subculture roster is heading for big things this year with cats like Pressa, Demon, Crises, Pistonsbeneath, fuck, theres too many to list!  Respect to the crew from over here stateside.

This last track is from a producer I know nothing about.  Got wind of it from the AJP crew earlier today.  Definitely on a different tip than the previous tunes but, it’s DOPE!

That’s it for the tunes today but, before I send you off I have one more gem for you.  US bossman Noah D put together an absolutely magnificent mix for the SMOG podcast series.  Bringing a true west coast style to the decks and showcasing his new tunes alongside many others this mix will be  a very well-spent 30 minutes of your life. I GUARANTEE IT!  Lend your ears and clear your mind. 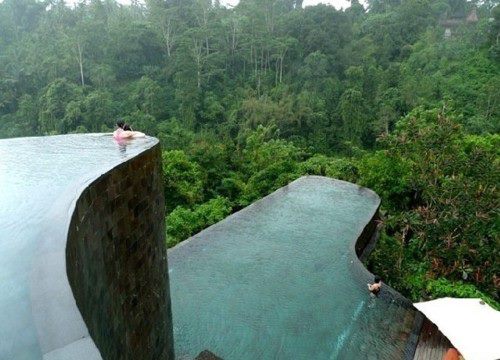 Bless!  Back again from another weekend, hope everyone had themselves good times.  It’s kind of been one of those “case of the monday’s” type days, if you catch my drift.  Not really much to say, we just have some high quality tunes for your audibal pleasures.  The badman duo Truth has been on releasing some hype tunes lately, like always.  Two new ones from them.  We also have two new tunes from DJ Madd.  The release, his The Real and The Shadow LP, is out late this week so make sure to snag dem a tunes.  Then theres another massive collaboration between Sleeper and District called ‘The Risk’.  Once these two boys get on the track together, nothing but quality reaches your ears.  Just for fun we’re going to leave you off with Skream’s disco mix that he did for Solid State Radio.  Straight vibes throughout.  Enjoy.